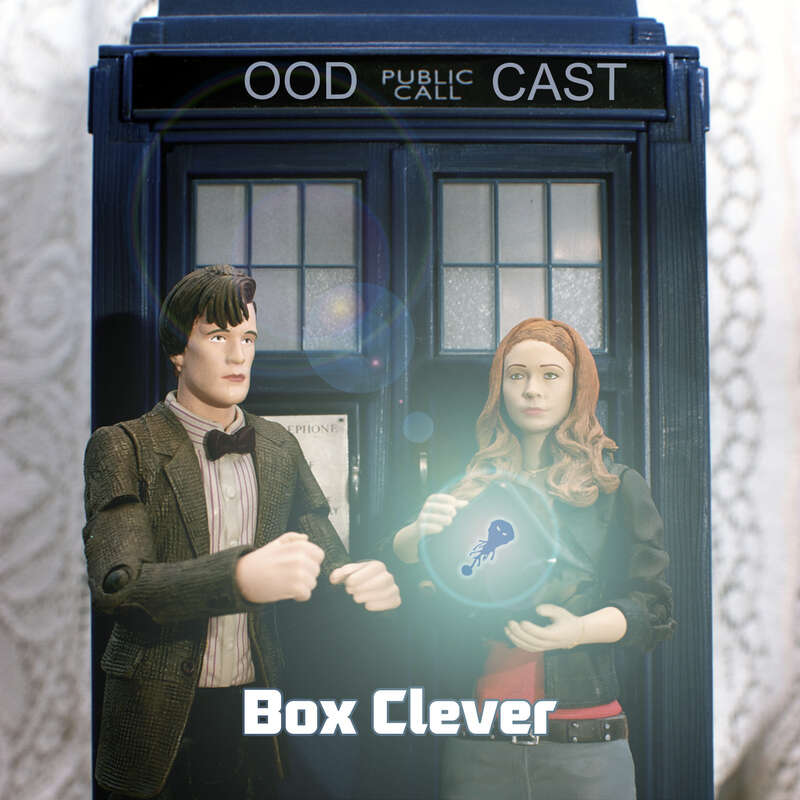 A history of Earth in five waves of a sonic screwdriver, real lions at Nelson's column, the bonobo tariff, four, mad chattering voices uniting in praise…

|
"I think he looked rather jolly ... with his cheek tusks. I'm calling them chusks."

The surface of the cube is cold to the touch. Cold but with something surging behind it, like a heart beat.

You run your fingers along its hard edges, trying to discern something of its function in its form but come up blank. Your mind can't wrap itself around the concept of it. Too advanced, too alien.

You turn to leave and that's when it hums to life, glyphs picked out in a pulsating blue flicker across its dark surface. And that's when you understand, that's when you hear - a history of Earth in five waves of a sonic screwdriver, real lions at Nelson's column, the bonobo tariff, four, mad chattering voices uniting in praise…

You turn and run but already you know it's too late; can already feel the hairs rising on your neck as the bolt of electricity arcs across the void and connects with your heart. And as you slip into the darkness beyond your last thought hangs for a moment in the fading theatre of your subconscious …

That podcast was totally worth it.